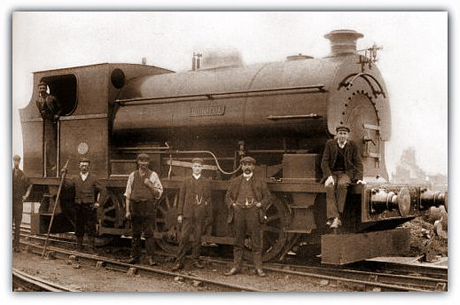 One hundred and fifty feet below an empty field between Abram and Platt Bridge lies a monument to the victim of the Wigan Coalfields strangest mining disaster. A railway engine nicknamed Dolly ( Dorothy ) with 13 loaded wagons and the driver, Ludovic Berry, disappeared when an enormous chasm suddenly opened under the railway line. An eye witness said: “It looked as if the earth had yawned.”
It happened on the quiet afternoon of Monday, April 30, 1945, when Ludovic, aged 67, of May Street, Abram, was shunting wagons at Bickershaw Lane sidings, Abram. His engine Dolly was a familiar sight working the line between Maypole Junction and Main Pits. As it chugged past his daughter Martha’s house, Ludovic blew the engine whistle and waved. Martha, who was taking her 11-month-old son for a walk, waved back and paused to watch the string of loaded coal wagons.
She little knew that it was the last time she would see her father alive. As Dolly pushed her trucks into No 8 siding, brakeman John Ward walked alongside. Then to his horror he saw a gaping hole had opened under the rail. Amazingly, some wagons had already gone over the growing chasm. He frantically signalled Ludovic to stop the train but even as the brakes were being applied, the weight of the loaded wagons buckled the unsupported lines and the trucks plunged into darkness.
John Ward ran along the side of the engine screaming at Ludovic to jump clear. Another brakeman, Joe Hindley, who thought there had been a derailment, also called to Ludovic. But Ludovic, still at his controls, tried to save his train. Then inevitably the first wagons to topple began to drag the remainder faster and faster towards the crater. Within seconds it was all over.
Dolly and her courageous driver disappeared. As Joe and John approached the edge of the hole, the last rumble subsided and a cloud of steam rose and hung over the open tomb. Volunteers from surrounding pits immediately volunteered to mount rescue operations but pit bosses and police said there was no hope of Ludovic being alive. A few days later, when the dust cleared, the front of Dolly could be made out 100 feet below pointing towards the sky. 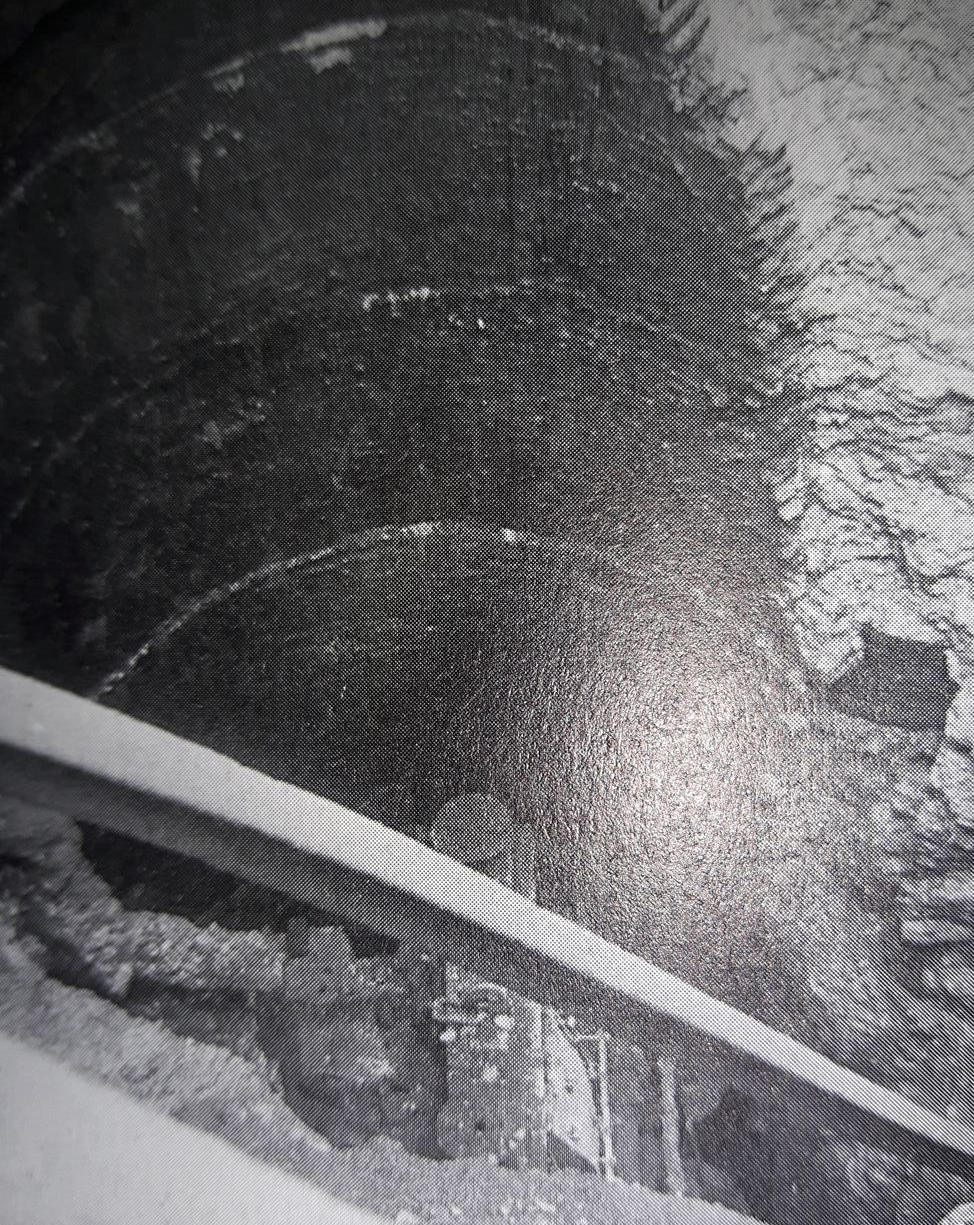 The twisted wreckage and the body of the driver remained as they were and the shaft was covered over, sealing forever one of the greatest mysteries in local mining history.
As the inquest at Abram Council Offices, experts concluded that the hole had formerly been the shaft of the New Zealand Pit, officially known as No 7 Brookside Colliery. It had been opened in 1885 and saw its last tub of coal in 1919. For a time the shaft was used for ventilation, then in 1932, 8,000 tons of debris were poured down to plug it, supposedly forever.
Mining agent Oswald Onions said he had examined the shaft only the day before and nothing appeared to be wrong. But he said the number of old workings in the area – combined with the recent heavy rain had to be taken into account. He also said Ludovic loved the old engine and Onions believed he had sacrificed his life trying to save it.
There was no doubts in the minds of John Ward and Joe Hindley that their workmate had stayed in his cab, holding on the brakes until it was too late to save himself.