In 1921  Fletcher Burrows & Company commissioned W.Heath Robinson to produce the 1922 Calendar for the Atherton Collieries. It consisted of 2 sizes, A3 for businesses and A4 for the employees. A cover and 4 drawings were produced. The originals eventually were passed to Manchester Collieries were they were displayed in their Cross Street Manchester headquarters . Upon Nationalisation in 1947 The National Coal Board added them to their mining art collection.

William Heath Robinson (31 May 1872 – 13 September 1944) was an English cartoonist and illustrator best known for drawings of ridiculously complicated machines for achieving simple objectives.

In the UK, the term “Heath Robinson” entered the language during the 1914–1918 First World War as a description of any unnecessarily complex and implausible contrivance.

The machines he drew were frequently powered by steam boilers or kettles, heated by candles or a spirit lamp and usually kept running by balding, bespectacled men in overalls. There would be complex pulley arrangements, threaded by lengths of knotted string. Robinson’s cartoons were so popular that in Britain the term “Heath Robinson” is used to refer to an improbable, rickety machine barely kept going by incessant tinkering.

One of the automatic analysis machines built for Bletchley Park during the Second World War to assist in the decryption of German message traffic was named “Heath Robinson” in his honour. It was a direct predecessor to the Colossus, the world’s first programmable digital electronic computer. 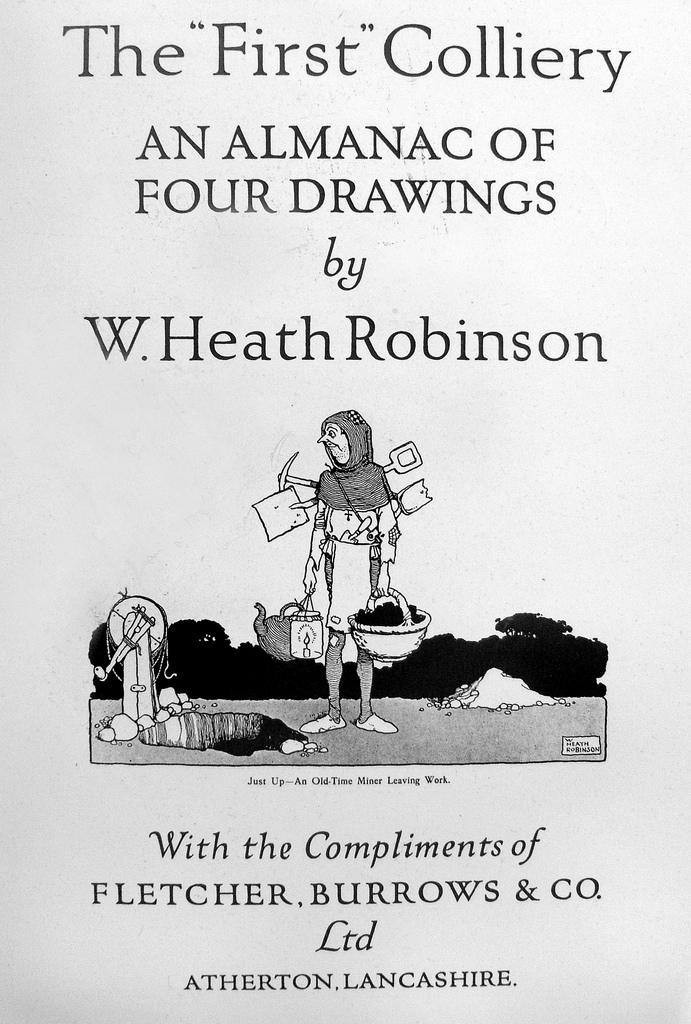 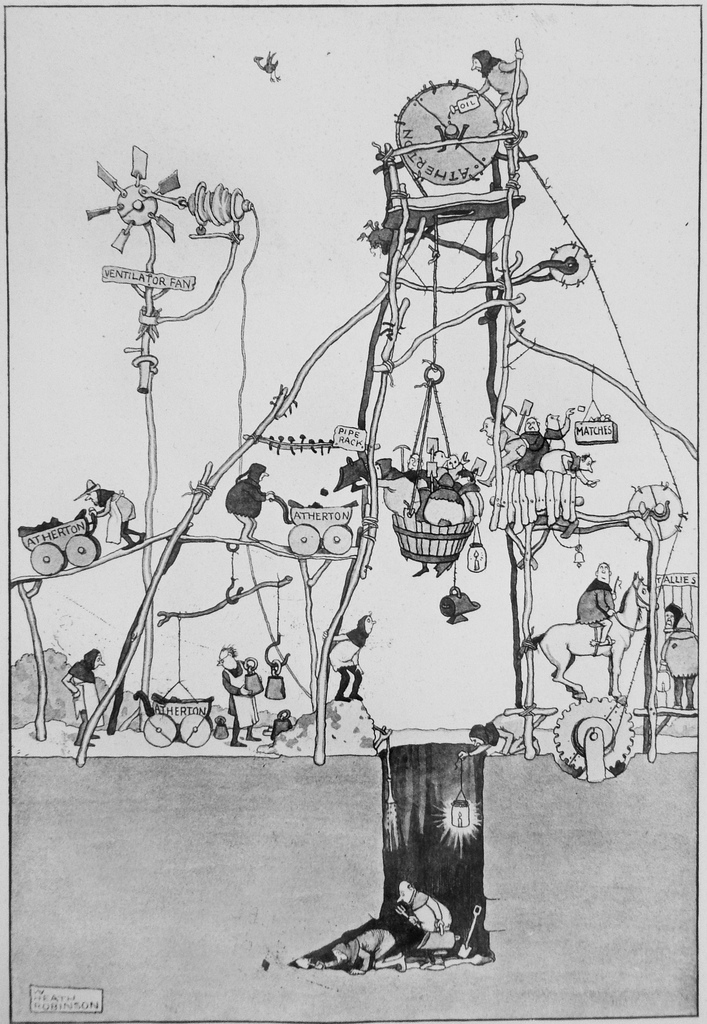