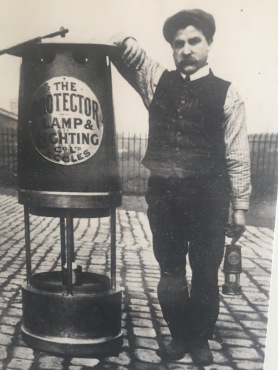 According to the strict traditions of the Olympic movement, and to mark the ancient rituals of the Games, the flame must be kept alive until the closing ceremony of the Games.

But what happens if it goes out on its journey? The relay torches are extinguished for flights and overnight but the flame burns on in four enclosed lanterns. These are kept overnight in a hotel room with three members of the 10-strong protection team.

A team of about 10 “flame attendants” is responsible for the 24-hour, safe passage of the flame, which has been ignited by the sun’s rays on the ancient site of Olympia in Greece.

The torch is used to carry the flame during each day’s relays, when runners in the relay city carry it, mostly on foot. However there are several lanterns which are lit from the initial source and they keep the flame alive at night or on aircraft when the torch is extinguished. For air travel, where open flames are not allowed, the flame burns in the enclosed lanterns, which act like miner’s lamps. The torch, the lanterns and the team of attendants, plus other security, fly in a specially-chartered plane bearing an Olympic flame design.

The lanterns spend each night in a single hotel room with three guards – one of which must be awake at any time. But should one go out, it is lit from one of the remaining lanterns, ensuring the continuation of the flame from the source on Mount Olympus.

This was needed in 2004 when the flame went out in the Panathinaiko Stadium in Athens at the start of the torch relay. It also went out in 1976 after the Montreal Olympics had started and an official mistakenly relit it using a cigarette lighter. That was doused and it was relit again using the special lantern flame.

Keeping the flame alive is a tradition that began in Olympia in Greece, where the Ancient Olympic Games took place. Fire had divine associations because it was believed Prometheus had stolen it from the Gods.

The Olympic flame was reintroduced to the modern Olympics in Amsterdam in 1928 and the first torch relay was held eight years later in Berlin. It has since come to symbolise the Olympic ideal of harmony between nations. It became a global event for the Athens Games in 2004, which meant that honouring the tradition of keeping the flame going required more planning.

The miners lamp used are manufactured by the English firm, the Protector Lamp & Lighting Company which was opened in Eccles, Manchester in May 1873, this company developed a sophisticated, safe and highly luminous style of spirit lamp for use in underground mines.

The company patented the lamp in 1891, and the design remains virtually unchanged today. They have been providing the lamps used for the safe transport of the olympic flame for the past 30 years.

The mechanism itself comprises a wire gauze cylinder that conducts the flame’s heat away from the oil supply within the base. This feature ensures that the temperature outside the cylinder does not rise high enough to ignite methane, which can be present in a mine’s atmosphere, potentially causing a disastrous fire.

By about 1910 the company could claim that 200,000 Prestwich Patent Lamps were in daily use and in 1914 an article in The Business World reported that over a million such lamps had been supplied to colliers, both at home and overseas. In the years following the first world war flame safety lamps were steadily supplanted for illumination purposes by battery powered electric lamps which were either fitted to the miner’s helmet or carried by hand. Also, the main passages underground came to be lit by electric power. However the humble spirit miners lamp still keeps the Olympic flame burning today. 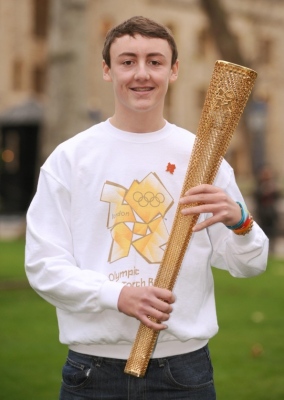 On the 15th May 2017 at the public meeting on the future of the museum, we had a miners lamp and an Olympic torch on display.The torch was carried by local lad Cameron Foster in 2012, when it made its way through the local area and the lamp was provided by The Protector Lamp Company of Eccles, manufacturers of the lamps used to carry the mother flame for the past 30 years.